Reference from the book “Accessing your Multidimensional Self” 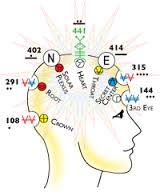 Our thoughts are electronic lines of force that release into the atmosphere and create specific effects according to the strength of the thought. To embody a superconscious state of mind requires persistent and attentive concentration and devotion to meditation practice.

This sphere corresponds to the fifth time dimension, the radial time of the superconscious fifth dimensional Higher Self. It is characterized by an electrical hyper-clarity that is definitely not “of this world.” This sphere is increasingly activated with the advent of the noosphere, and is characterized by total holistic perception. Incorporating the continuing conscious of the fourth mental sphere, the superconscious expands into the mentation waves of the fifth-dimensional higher self. A “mentation” wave is a configuration of telepathic potentialities, independent of language, and based on whole orders of super mental precepts intrinsic to non-egoic knowing. To cultivate a superconscious mind, meditate the whole Earth as a single organism held together by a universal thought-field.

Visualize yourself right where you are. Notice the space that you are in, whether it be inside or outside. Now lift out of the environment you find yourself in and look down on it from above.

Lift out further and see the entire street or area that you are in. Now expand out and lift higher and higher into space. From space, view the Earth as a single luminous blue mandala. See the Earth from all angles. See it as a planetary orb, a wheel spinning in space with an essential value, its dharma or truth. The dharma or capacity of Earth is its capacity to sustain life.

Visualize the whole of life on Earth, from the animals, to the plants, to the humans down onto the insects and plankton. See it all as one whole system. The whole of the life on the Earth is the biosphere, or the sphere of life that covers the surface of the Earth like a film or vibrant mantle that is ever in motion. Really visualize how all of the different life forms and processes are one unity on this shining blue orb. 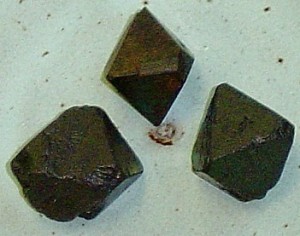 Now let your mind penetrate beneath the surface of the Earth. Feel the spherical layers of sediment and crystalline rock. Go to the core and find the massive iron crystal octahedron. Feel this crystal core as a dynamic radio receiver elongated in the direction of each of its magnetic poles.