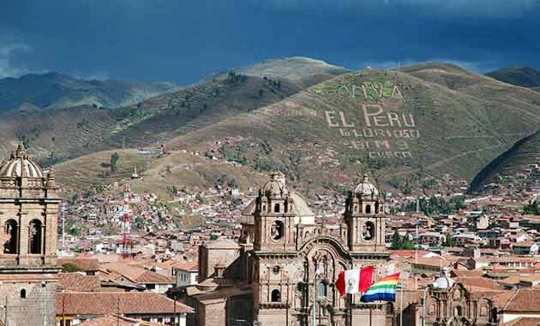 We started the morning with breakfast together and a layout via Arthur and the Arthurian Legend cards. A small group (including myself) decided to take a taxi to the Site at Puka Pukara and than walk back to the center of Cusco. The other group walked from the Hotel to the Site. See below for more information about Puka Pukara.

Pieter Tigelaar contacted one of the ladies of our group to see where we were so that we could join up with them. Unfortunately there were more entrances so we were unable to connect with each other. Pieter however did give instructions that we were to attune and align with a series of rocks and do a ceremony there together. 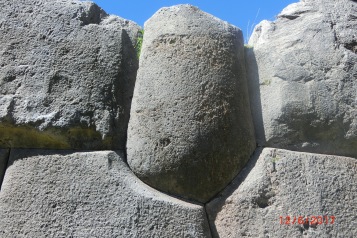 One of the ladies had her pendulum with her and looked at the map where we would be guided to visit there. As we walked without a guide along the Site we were not able to find the first area. We than went back down and found the stones above. They carried various energies with them. One very soft and gentle, another very direct.

We walked further in this ally way and we discovered the teeth of the puma in the rocks.

Whilst walking further we understood why Pieter was unable to find us. There was another entrance here as well were the other group were looking for us.

We than walked back a ways to discover which rock formation was being requested by guidance. There was a shaman guide who kept drawing our attention to him. At one point I saw him with his Chakana. He used it as a pendulum to demonstrate further that he wished to assist us.

We decided with consent of each other to follow him. He brought us to a rock formation and he explained to me that this was where the ceremonies too place for the Solstice. The energy was building up and when we walked further I was drawn to go into a portal way of rocks. At the end a large horizontal standing rock was calling. Along the sides the vertical rocks formed a passageway. As I walked into this formation it felt and I could see that every rock was a portal/passageway entrance towards the horizontal rock. Like a ceremonial activation of DNA which triggered the Kundalini. The rest of the group followed me into this passageway. When returning I was shown by guidance to spiral back through the rocks like a serpent taking off its old skin and allowing the new skin to be revealed. After this we stood in a circle to send blessings to the Highest Good of All. At a certain point I was ordered to leave the circle. What I than saw were past lives. One of them was children that were offered. Children of Pure Heart Love Light whilst I stood there not being able to rescue them or be of assistance. I broke down in deep sorrow and tears and the group came around me to support and clear this for the area. I left a crystal behind as a token of gratitude.

We than decided to walk back to the city of Cuzco. There was a beautiful path especially for hikers that lead us into the city. 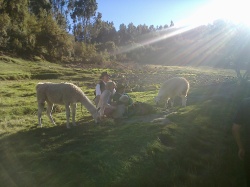 Originally it was meant to be  free day but due to the flight delays the program changed to in the morning a visit to a Site and the rest of the day off. I was going to meet Fernando Valencia Saire in Cusco that was connected to the Quero’s and would have brought me to a healing center along with this tell me more about the project for a day care and school that was starting up. This personal contact was recommended by Lance Aubrey from Canada who is also involved in the start of this project. Unfortunately I had to send him a message that I was unable to meet up with him.

KIN 20 – Yellow Resonant Sun – GAP – of the Crystal Rabbit Moon of Cooperation, light code 20:7:14 to align with Source to inspire yourself, others and creative projects. Be inspired to channel the alignment with the Universal Fire of Love of Life and Enlightenment.

May the natural supportive spiral movement BE the self-generative flow to transform and heal. The endless source of energy of truth. Within this spiral movement choices can be made with the Divine Free Will of Wisdom to be challenged, strengthened and be in the opportunity of power of love loyalty to give and receive in all relationships. To be within the hidden power of Ancient Trust of Being whilst it nourishing nature embraces the birthing of enlightenment in its centering, grounding and anchoring.

Tone 7 is the inspiration of channeling the alignment 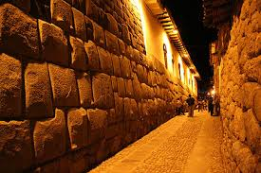 Puka Pukara (Quecha puka red, pukara fortress, “red fortress”, hispanicized spellings Pucapucara, Puca Pucara, Puca Pucará) is a site of military ruins in Peru situated in the Cuzco Region, Cuzco Province, Cuzco District near Cuzco. This fort is made of large walls, terraces, and staircases and was part of defense of Cusco and the Inca Empire in general.

The name probably comes from the red color of the rocks at dusk. Puka Pukara is an example of military architecture that also functioned as an administrative center.

Puka Pukara is located in mid-southern Peru, roughly 4–5 miles (7 kilometers) from Cuzco on the road to Pisac and near the Antisuyo, the jungle portion of the former Incan empire. The fort is located on high ground overlooking the Cusco valley and Tambo Machay, creating a beautiful – and useful – view. When it was built, it was probably placed so that these areas were visible to give the military extra vision over important parts of the empire.

Although there is not as much known about Puka Pukara as a lot of other Incan ruins, there is a theory that this site was probably constructed during the reign of Pachacutec. Since he was the ninth ruler of the empire, it can be said that Puka Pukara was one of the later constructions. The stones used to build most of the walls are very irregularly shaped, stacked together in kind of a here-and-there manner to create walls that are functional, but lacking very much beauty as far as architecture goes (this contrasts with a lot of other sites in the area). Because of this, it is possible that the buildings and walls were built in somewhat of a rush because the military headquarters that Puka Pukara became was thought to be needed very quickly. When it was first built, the differently sized and shaped stones that now appear grey may have been a red color (hence its name, red fortress) due to all the iron in the limestone used in the walls.

There is a small amount of argument over what Puka Pukara’s real function was when the Incan empire was still thriving. As stated above, it was at least partially a military base and, since it was on such a major road and overlooking so many important spots, it was a very good place to spot people causing trouble. Officials could have used it as a checkpoint on the road, stopping those who looked suspicious from travelling any further into the empire where they could potentially wreak havoc. It could have served as a stop for military groups travelling nearby, too. Another theory is that it was a place of rest for hunters and weary travelers, as well as Incan nobles, due to all of its luxurious baths, canals, plazas, fountains, and separate rooms.