Excursion to the Sacred Valley of the Inca’s – Pisac. 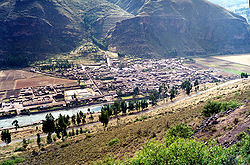 We left Cusco and Fernando Escobar met us at the Hotel Royal Inka to go to various Sacred Sites.

Q’enqo is an archaeological site just 15 minutes from Cusco. This site is a mysterious and dark reminder of the sacrificial practices and death rituals of the Incas. 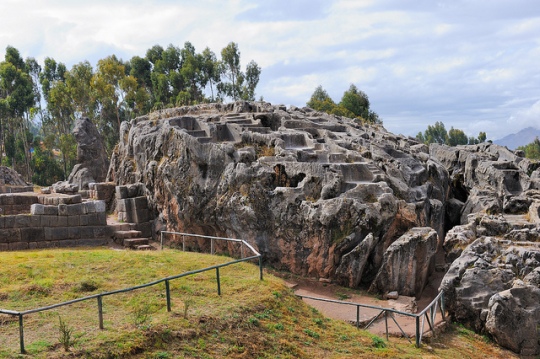 Stretched across a hillside, Q’enqo is a unique temple in its construction, as it’s carved entirely out of a naturally occurring monolith. Many of the wak’as (holy places) in the Cusco region were created around natural rock formations, but Q’enqo is one of the largest and most impressive in the area. 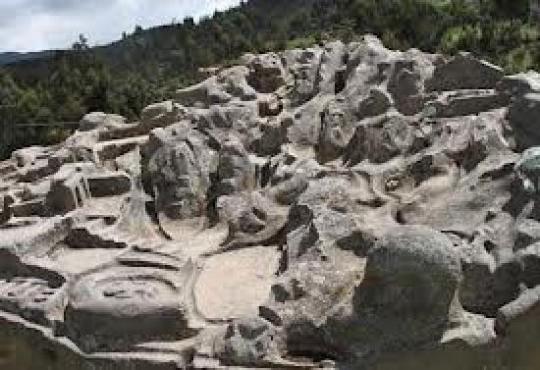 The name Q’enqo, which means labyrinth or “zigzag” in Quechua, is thought to derive from the zigzag channels carved into the top of the temple. The channels are believed to have been used for the pouring of sacrificial chichi – llama blood – by priests during festivals, celebrations and death rituals. The walls of the temple show a series of intricately carved designs, including pumas and condors. 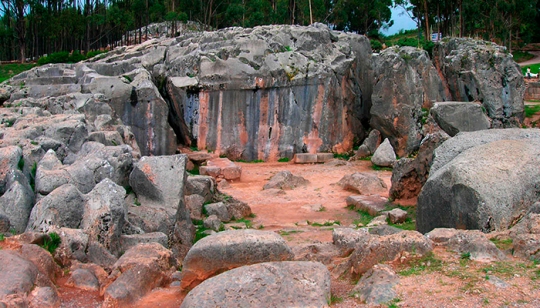 The complex offers visitors the opportunity to explore the series of man-made caves and tunnels beneath the rock; this exploration leads to an altar, indicating that these “secret chambers” were probably used for ceremonial purposes. One of these chambers features 19 small niches and resembles an amphitheater. The purpose of such a theater has been lost over time, but most agree the area was used for some type of sacrifice to the sun, moon, and star gods who were worshipped there. 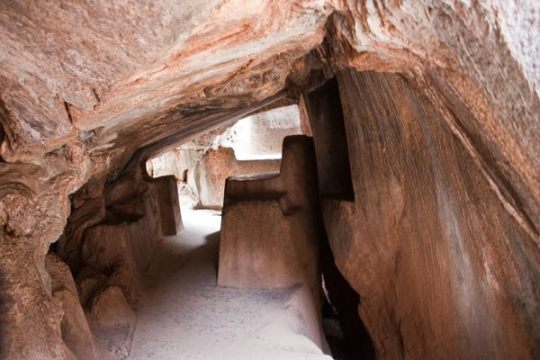 Despite its dark purpose, Q’enqo Temple’s carved tunnels and chambers are an astounding example of ancient architecture, and perhaps for its dark purposes, the feeling of mystery still permeates visitors at this holy site.

Whilst in the tunnel we hummed the Ohm for All.

We than went to another site Calca. Entering the grounds I could see light beings roaming around here. 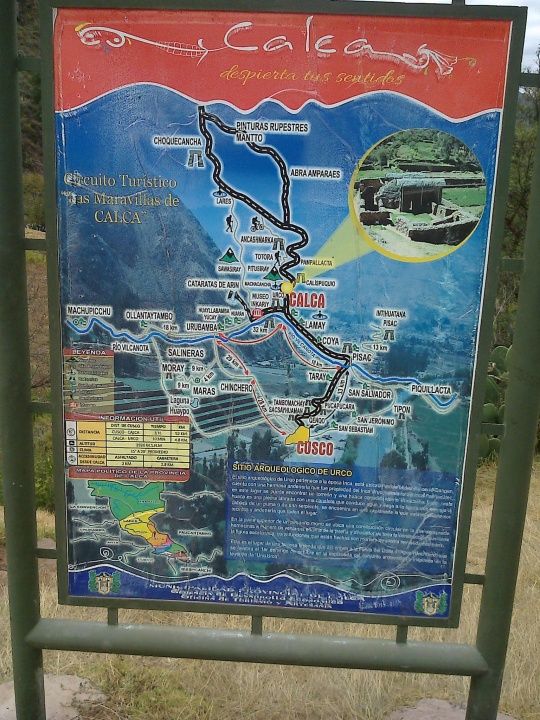 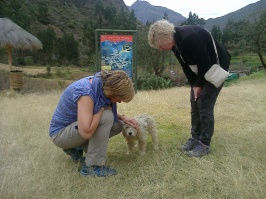 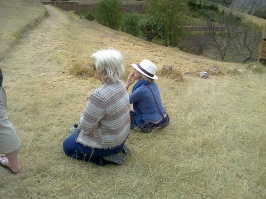 We than entered what felt like a womb temple. Arthur did a ceremony with us here whilst Fernando played his drum. 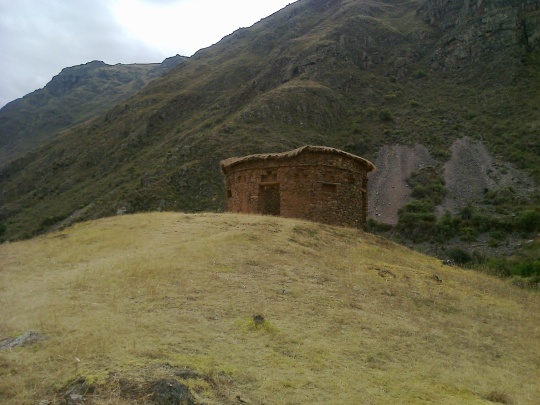 It was a positive experience for the group and myself here whilst we honored and connected to the place. In a spiral movement one by one we stood in the center and for myself I remembered many lives in Peru in the ceremonial circle. Fernando passed on three coco leaves to each one of us to place in the Earth here with gratitude blessings.

I sat by a tree with cactuses that surrounded it and placed the 3 coco leaves into the Sacred Grounds there. Whilst in Silence I heard various light languages and quietly express this from the heart via the throat.

We were than lead by Arthur, Pieter into the ruins that were at the back here along with Fernando playing the shaman drum and whistling on top of the hill close to the tower. The ruins were in the shape of a labyrinth. We spiralled into this area and than some of us were chosen to place our head into a open small corridor. My personal experience here was once again going through a passageway or portals. Unfortunately my ears were blocked from the heights of the area here so I was unable to hear all that was said.  I was drawn into the Universe and home dwellings their.

After this we were invited by Fernando to come to his home for lunch together with his family. Fernando is also very connected to crystals and many were placed on the table there. His wife and sister assisted in the cooking and placing the meals on the table. After this we were taken to Pisco city center to visit the community shop that Fernando also had his wares in. Many group members bought crystals, rattles, a drum etc.

We than went to a lovely resort to stay the next two days. 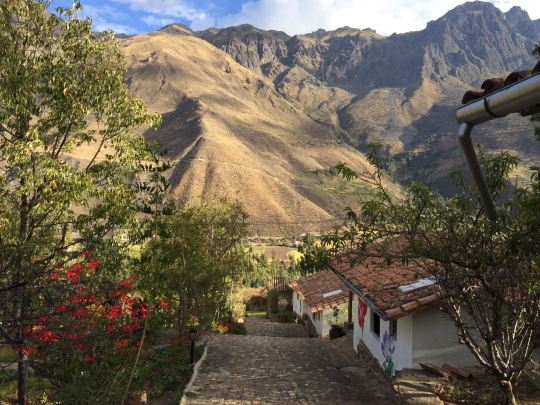 KIN 21 – Red Galactic Dragon of the Crystal Rabbit Moon of Cooperation, light code 21:8:15 to be in integrity, integration and harmony on all levels as you give birth to the nourishing nature of Ancient Waters and Ancient Mother. Follow within the Instincts of Life Force and the Kundalini Energy. 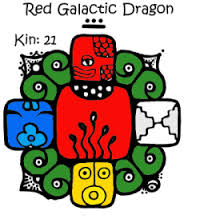 Tone 8 is the model that harmonizes the integrity 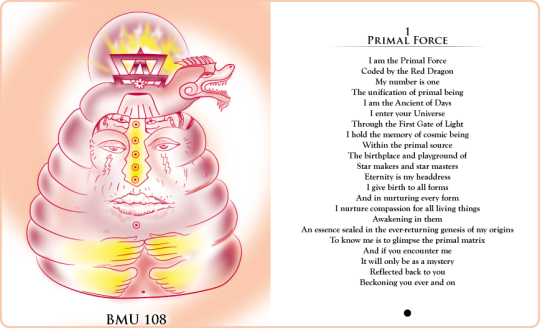 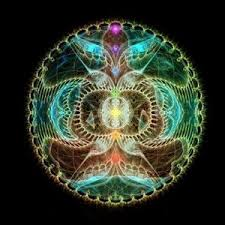 Pisac is perhaps best known for its Incan ruins, known as Inca Písac, which lie atop a hill at the entrance to the valley. The ruins are separated along the ridge into four groups: P’isaqa, Inti Watana, Qalla Q’asa, and Kinchiraqay. 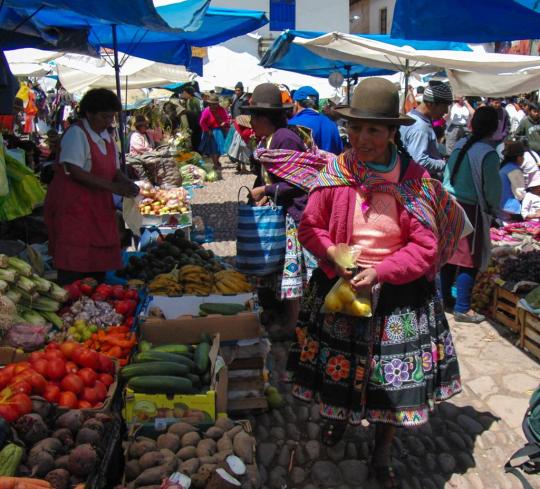 Inti Watana group includes the Temple of the Sun, baths, altars, water fountains, a ceremonial platform, and an inti watana, a volcanic outcrop carved into a “hitching post for the Sun” (or Inti). The angles of its base suggest that it served to define the changes of the seasons. Qalla Q’asa, which is built onto a natural spur and overlooks the valley, is known as the citadel.

The Inca constructed agricultural terraces on the steep hillside, which are still in use today. They created the terraces by hauling richer topsoil by hand from the lower lands. The terraces enabled the production of surplus food, more than would normally be possible at altitudes as high as 11,000 feet. 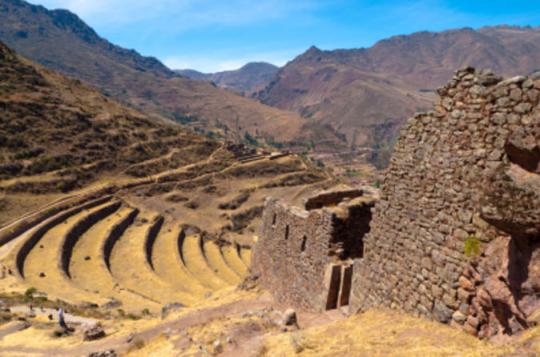 With military, religious, and agricultural structures, the site served at least a triple purpose. Researchers believe that Písac defended the southern entrance to the Sacred Valley, while Choquequirao defended the western entrance, and the fortress at Ollantaytambo the northern. Inca Pisac controlled a route which connected the Inca Empire with the border of the rain forest.

The sanctuary of Huanca, site of a sacred shrine, is also near the village. Pilgrims travel to the shrine every September.

One of its more notable features was a large pisonay tree, which dominated the central plaza (it was destroyed by a 2013 thunderstorm).