Recording of Ceremonial Meditation with Music 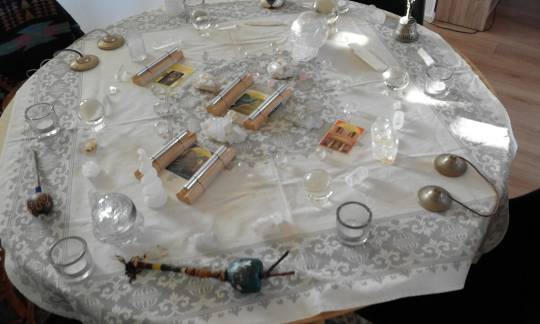 Crystal Grid: (apologies for the photographs that are not so clear etc.) 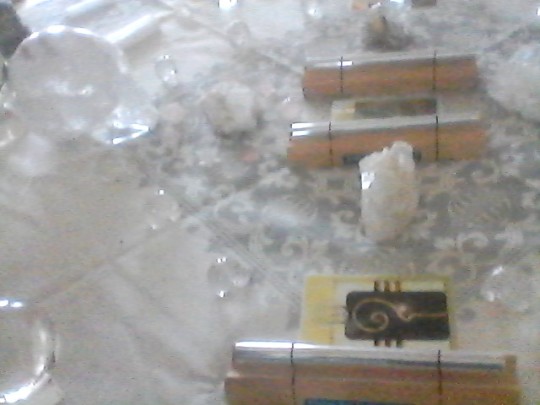 Feel the Galactic Affirmation :
I Organize in order to Equalize
Balancing Opportunity
I seal the Store of Death
With the Rhythmic tone of Equality
I am guided by my own power doubled

The White Worldbridger is connected to the Throat chakra and is a member of the Cardinal Family that initiates creation.

Explanation Tone 6 – White Worldbridger, Red Skywalker, White Worldbridger, Yellow Warrior
Reference http://www.13moon.com
– Tone 6 – Activate your Rhythmic powers by embodying a steady fluidity throughout the ebb and flow of life; by organizing your reality to support your natural thriving; by appreciating the creative process underlying all endeavors; by learning how to find equilibrium, moment to moment, amidst life’s constant changes; by synchronizing with earthly and universal rhythms; by honoring your own natural timing flow; by being conscious of how you pace your days and your projects, seeking to sync body and soul; by being an agent of creative maintenance, discovering a balance between work and play, giving and receiving, thinking and feeling, doing and being; by allowing your daily rhythms and routines to be an organic balance of discipline and your natural authenticity; by awakening equality ~ finding magic in the mundane, nobility in all beings, and adventure in every moment…

Explanation Tone 8: ref. http://www.13moon.com
The Hidden Power – Men, Blue Galactic Eagle – Tone 8 represents the patterned harmony of nature’s order.
The gift of your cosmic identity is to access the power of Wholeness.
Activate your Galactic powers by seeing life from a larger perspective; by realizing our Earth and ourselves as members of a vast galactic whole; by integrating your being with the intrinsic harmony of nature; by cultivating an inner sense of harmony and extending that energy to the world around you; by living your ideals and modeling your core values; by staying loyal to your truth regardless of external influence, yet discovering how to be in accord with the needs of others; by being an emissary of galactic intelligence; by knowing yourself to be a fractal of a totality, one note in the song of the galaxy…

Via the Fifth Oracle we have the spiral movement of:

Higher Self/Divine Guidance – Sunrise till Midday – is also Cimi, White Rhythmic Worldbridger – Cardinal family initiating the creation (being a bridge between the seen and unseen space, walking as one with the Ancient Ancestors as it resonates with your DNA and consciousness – Throat Chakra, Planet Mars – Code 6:6.

Recording of the Ceremony: