Archive for the ‘Q’ero’ Category 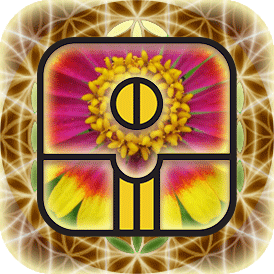 We seal the input of flowering the blossoming

With the Crystal tone of cooperation or working together in wholeness

We are guided by the power of Divine Intelligence

This is a Galactic Activation Portal with high resonance and clarity.

Enter and Be Welcome. 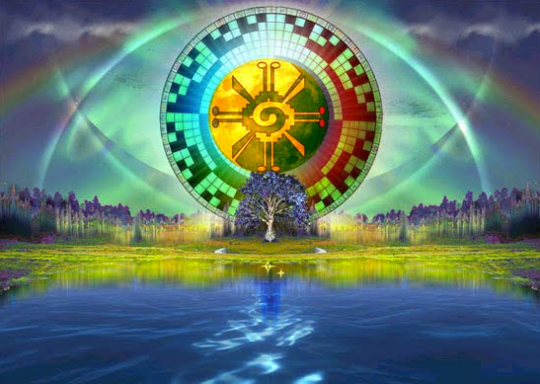 This year we take a step forward to go beyond. The Crystal Tone is the One that allows clarity, evaluation and gathering/coming together. Within the 13 Spiral Movement people are requested to gather for a Crystal Rainbow Meeting/Gathering. This is how a community is formed and build up. Within this year we are being forced to come together and stand up again injustice and misusing power. All will be open for freedom and human rights. Be in the awareness awakening of Mother Nature, our trees and for the preservation and better treatment of all creatures. We must do this!

Question: How can we All create a fertile germinated Presence and beyond?

Which seed are you planting this year? How and where will you do this?

Many agree that the thought out plans no longer work. Old ideas must go overboard such as politics, money, health care, education, banking systems and many other ideas are no longer compatible with the Presence of Now. Many institutions are stagnating, corrupt or are counter acting institutions that no longer serve in this Presence of Now. Einstein once said: “We cannot solve a problem with the thinking attitude that has caused it”.

Therefore, there is a need for every creative, sensitive, intelligent out-of-the-box minded. Come together or be in a meeting! Plant the Seed of the Present Now and beyond.

An earthquake in 1949 caused a tear in the ground under a monastery near Cuzco, Peru. An ancient Inca temple of gold appeared. For the Q’ero priests, this was one of the signs that the prophecies of Mosoq “the time that comes” could now be shared with the modern world.

The Q’ero are the last reconciliation of the Incas, who sought refuge in the 1500s at an altitude of 4200 meters to escape Spanish conquerors. For the past 500 years, the Q’ero elders have preserved the holy prophecy of “Pachacuti”. The Pachacuti is “the great change” in which the world would be turned where harmony and order would be restored, and the chaos and disorder would end. When the Spaniards conquered the Inca empire 500 years ago, the last Pachacuti, or major change, took place. This was the beginning of chaos and disorder. Until their “discovery” in 1949, the Q’ero lived in separatism high in the Andes.

The Q’ero elders have saved the Sacred knowledge of the last 5 centuries, until the last years the signs appeared that it was the time of change: the mountain lagoons are dried up, the Condor is almost extinct and the discovery of the Golden Temple has taken place via the earth quake in 1949, who represented the wrath of the Sun.

The predictions are optimistic. In the upcoming years the Inca’s expect that we will move into the Golden Age, A Golden millennium of peace. The next, Pachacuti, of great change has already started and promises the upcoming of a new human – after this period of unrest. The End has come as we know it – the death of a manner of thinking and being, the end of the way we interact with nature and Earth.

There will be tumultuous change in the Earth, and in our psyche; Redefining our relationships and of spirituality. The paradigm of European civilization will continue to collapse, and the path of the people of the Earth will return. More importantly, the Q’ero priests speak of a tear in the tissue of time itself. The Q’ero believes that the doors between the worlds open again and the ancient ones will show themselves again.

We can step through these holes in time and explore our human possibilities. Recovering our luminous nature is an opportunity available for those who dare to jump in this new era. We receive this opportunity to rewrite ourselves; Not as we have been in the past, but as we can become or Be. 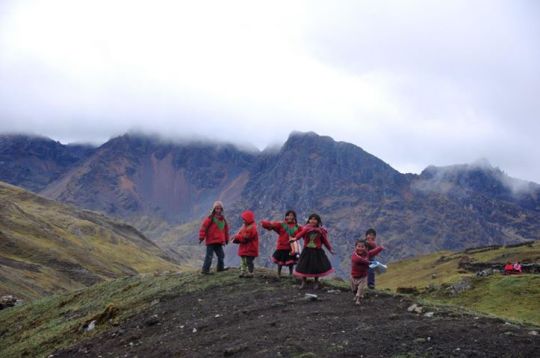 According to Ancient Prophecies, this is the time of the great meeting or gathering – the “Mastay” – and the reintegration of the peoples of the four wind directions. They believe that “Munay” – love and compassion – will be the leading force of this great gathering of the peoples. It is precisely because of the gathering of an energy field that enables us to jump into evolution. 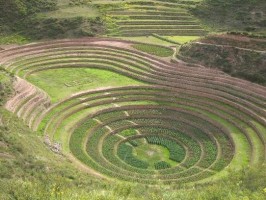 Question: What will happen in this 12 Seed Year of Meeting or Gathering notice signs and signals to lead you?

According to the Inca prophecy new caretakers will come from the West; “These will be the Ones that have had the greatest impact on Mother Earth and now have the moral responsibility to renew and restore their relationship with Mother Earth”; according to Don Antonio Morales, a master Q’ero Shaman. North America shall deliver the physical power, the body; Europe shall be the mental aspect, delivering the head or thinking or mind; the heart shall be delivered by South America.

In preparation for this, the Q’ero have entered in the Presence with the “Mosoq Karpay” – the rites of the open space in the beyond. They are available for anyone who wishes to receive them. These are crucial for personal growth and development, as communicated in the Prophecy. These Karpay (rites) plants the seed of knowledge, the seed of Pachacuti, in the light body of the receiver. It is the responsibility of every person to water the seed, so that it can grown and flower or flourish. The rituals or rites are a transference of potential, from within you need to be open for this. The initiation ritual connects the person who is being initiated with the Ancient line of knowledge and empowerment that cannot be opened by an individual. It can only be called upon by a group. Ultimately this initiation may be a trigger for a leap in the body of an Enlightened Being – one of the twelve elders who will return according to the prophecy. With the return of these enlightened masters – 6 men and 6 women – the open space of Presence of Peace and Harmony will have come. 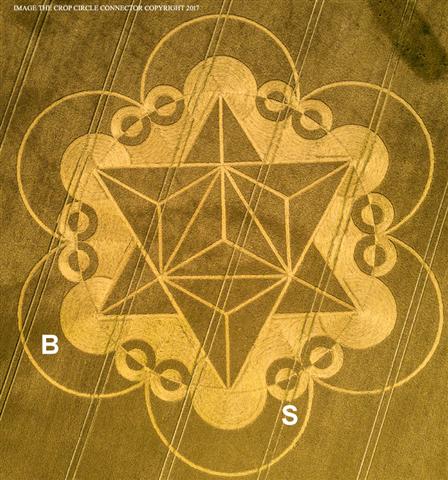 The whole formation looks like a flower, symbolizing the energy YELLOW SEED – the energy of Flowering.

The 12 circles “S” on the periphery depict “seeds” and symbolize the New Year of the Yellow Seed with Tone 12.

The figure in the center depicts Merkaba. During the current Year of the Blue Spectral Storm we have received the Blue energy of Transformation, which transforms our cells in crystalline ones and helps us to build our Crystal Light body Merkaba.

Each of the 6 petals of the Flower on the periphery of the formation depicts a Bridge (B). Besides, each of the 12 “Seeds” S consists of 2 arcs, which also depict Bridges.

Each “Seed” has one dark and one bright arc, and it’s core consists of one bright and one dark half. On this way is depicted the process of Purifying, which is typical for the White Castle. One of our main tasks in the Yellow Crystal Seed Year will be to purify our “dark” (negative) sides – in physical and spiritual aspect, on personal and on social plane.

In the Yellow Crystal Seed Year we shall receive Tone 12 – the Crystal Tone of Cooperation. We can use the energy of Tone 12 and can strive to live in Peace and Cooperation. So each human could bloom, i.e. could reveal his full creative potential. And so we could achieve Flourishing of the whole Humanity!

I express my deepest gratitude to the authors of this fascinating formation and to the photographers of www.cropcircleconnector.com

The Keys of the Yellow Seed are:

Targeted or goal orientated, bloom/blossoming/flourishing/flowering and awareness. Seed knows when time or moment is ripe and there.