Breathing and the Musical Spiral Movement of Lamat, Yellow Star 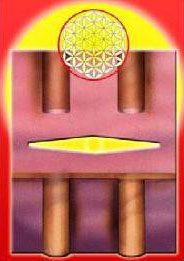 o This musical spiral movement would be A, A, G, Gis-A, D could do this repeatedly for example if your Tone is 8 that would be 8 times for A, A, G, Gis-A and 6 times D (hidden power brought into the consciousness).