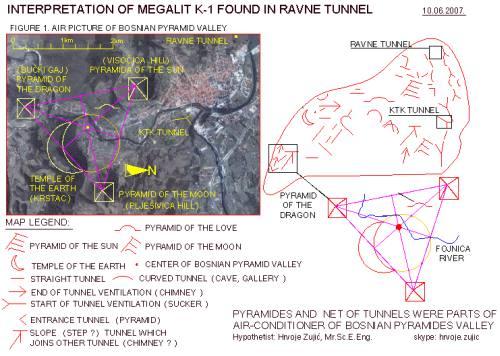 Had a good night sleep in the apartment where I stayed. Felt like a good intensity flow today – letting go of and allowing the open space to present itself.

Alone and listening to the inner multidimensional vibes, allowing and surrendering to the flow in the Presence of Now, the first step was to go to the bank exchanging Euro’s for Bosnian Marks. Than went to a Taxi stand by “Hotel Piramida Sunca” in the center of Visoko City to go to the Tunnel Ravne and the Park of the Bosnian Pyramids. It was a short ride and we arrived at 11:00 hours.

Some General Information of Bosnian Pyramid of the Sun:

It has been generating, maintaining and enriching Schuman resonance of 7,83 Hz which is ideal for physical, mental and spiritual advancement. Bosnian Pyramid of the Sun amplifies orgone energy (chi, life, prana) – subtle energy form connected with balance and well-being of All that are in its surroundings. 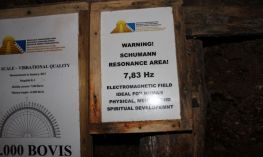 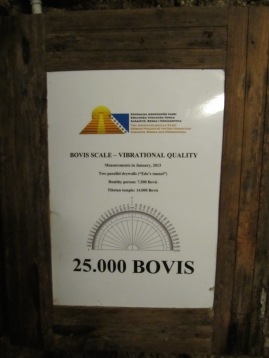 The Labyrinth Ravne and its magical network of underground tunnels, rooms, intersections and lakes, built over 30,00 years ago. Seven Runic symbols have been discovered on one of the ceramic blocks in the Underground Labyrinth Ravne: “thorn” – “rad” – “cen” – “l” – “ioh” -” tiw” and “eoh”.

According to the US Professor Bobbie Scarfe and based on Ralph H. Bum’s book “The Book of Runes”, possible translation would go like this:

Gate is closed, we are on standstill.

We will have to fight to defend and conquer,

Until we are able to go through the Stargate”.

A lady guide stepped forward introducing herself as “Djana” and asked if I would first buy a ticket at the ticket office just behind me to go into the Tunnel. Another topic was to wait for others to join us so that a group would be formed. The donation for this guided tour is Euro 10,00. 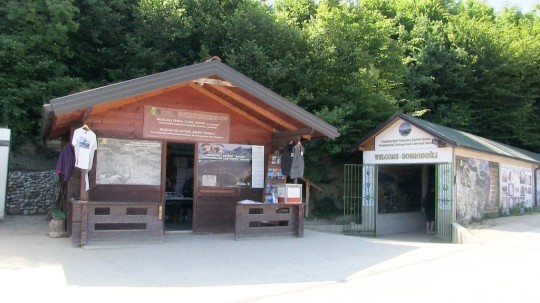 Agreeing with each other that this was a good idea the other students/guides, most of them university students, asked if I would play “Poker cards” with them. So, we had some laughs and competitive flow for a while awaiting for more tourists to come.

At a certain moment, some tourists showed up but apparently, they wished another language guide. So “Djana” gave a sign that we would go together into the Tunnel. I asked her if it was okay for me to wear the Crystal Bundle (including Crystals and Crystal Skulls) around my neck so that it was in front of the heart area, plus place the bundle on the Megalith Stones. She said, “this is not a problem at all”. Then, she related that she was finishing off her Management & Business Degree at the University. Her English was fluent and had much knowledge of sharing the details of the Tour. She also said that she could feel a good connection with each other.

Personal note: Used to energy work especially concerning “clear quartz”, which is one of the basis of the Pyramids I could feel it going through my body, emotions, mental state and spiritual plus hearing messages and seeing some special areas it was amazing to experience the different passageways and the Bovis Biometer plus the intensity of it. Sometimes before even the A4 sheet mentioned it I could feel the rising of the frequency which was also shown on the Bovis charts as well. Along with this once more the “Raster” came forward. This time it was to give more clarity in its message (see photograph). Just loved the silent areas and where you could place your hands on the Megalith Stone. It also reminded me of Atlantis, Lemuria but even before this period. The Crystal Bundle was buzzing regularly and placed on the center of the Megalith Stones K etc.

She, guide Djana, also noticed that I had already done some research work beforehand which certainly was motivating for both of us. I could ask her questions that went deeper into the subject.

Djana, guide, was so kind when I asked her if we go further than the K1 and K2 that is in the tour, she also took me to K5 (which is usually part of the tour under the intention of “Meditation”.

Above photograph taken by Ernie Zayat who is now in Visoko, Bosnia

Here are some other photographs taken by Ernie Zayat 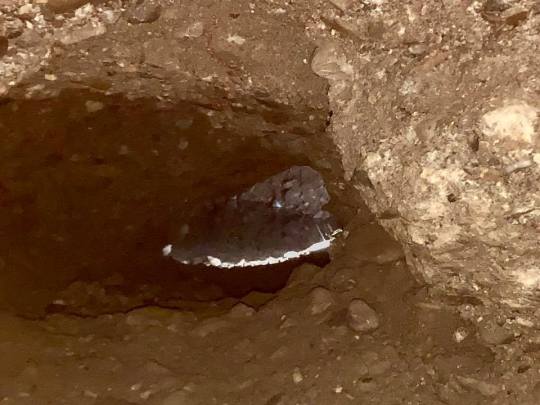 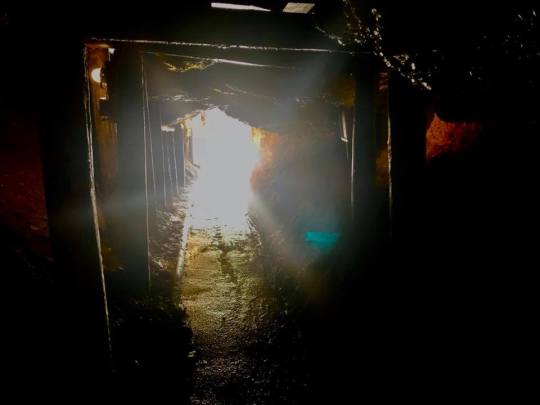 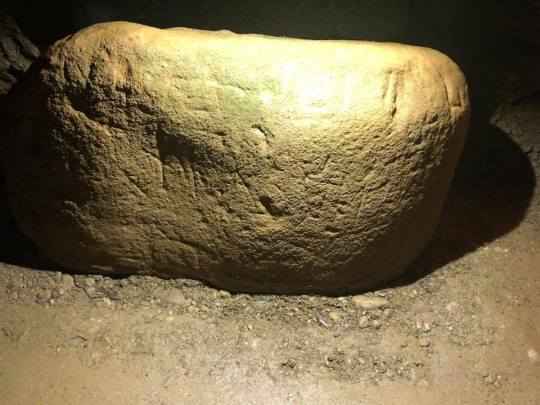 Especially the connection with Water is amazing. Remember we also carry 80% within our bodies as well. 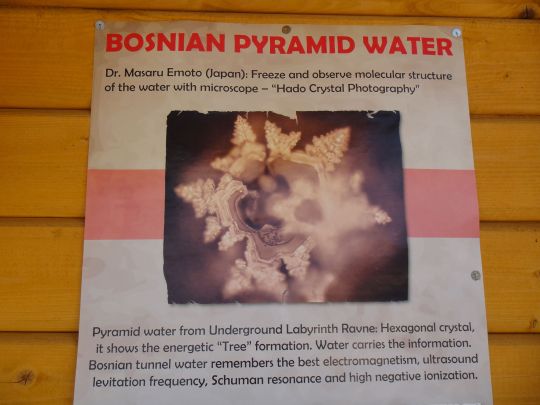 Some more photographs via Google images 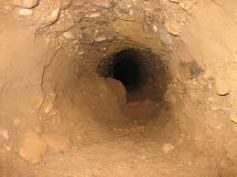 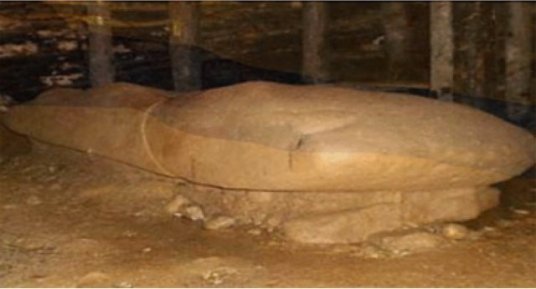 At the end of the Tour – a small clear quartz point called from the bundle to be given to Djana to support her in her exams etc. She was amazed and thankful that the crystal world recognized her. Gratitude Crystal Elders.

The first area that pulled was:

Entering this was a calling to go first to the left. Just before continuing a rough stone called part of it was from Jasper. A gracious “dog” was lying down on the East, she was beckoning with her energies to come forward. She felt very “Sirian” vibrated which is one of the Star Homes that I am connected too. Here I felt again a swirling of spiral going first to the left than to the right. Pausing in between a few times and toning along the way. The Crystal Bundle also wished to be placed in the center here for a while. As I walked back to rest for a while here a couple from Austria started to communicate with me about the energy lightwork they share. Especially the lady felt very much like a sister from heart to heart. She asked a question and guidance related that she would stand by the Center Stone and tone her name. At first, she found it very difficult but gradually she came forward with that special heart sound. She than toned her partners name and he responded by toning her name. I asked him also to tone his own name as well. This went back and forth for a while.

The next circle was calling so once more the Crystal Bundle was placed here as well whilst in Silence I could feel the connection with the Bosnian Pyramids being integrated with all other Pyramids and Sacred Temples around the Earth. The Infinity of the Trinity.

The next area was:

The Triangle. Here a reminder came through of the Merkaba Light Body Activation. If you look at the photograph at the top you can see it. Here is the Triangle of the Male Energy. Once more the Crystal Bundle called to be placed on the center Stone which is the Heart vibrational frequency. So, I stood here for a while with the codes of the Light Body flowing. Than I was guided to stand on the other side of the Triangle which carried the Female Energy. Same happened here as well the Light Activation. Than the two triangles merged as One and started spinning to BE the light vehicle. (For more information see Drunvalo Melchizedek – Merkaba via a search machine) 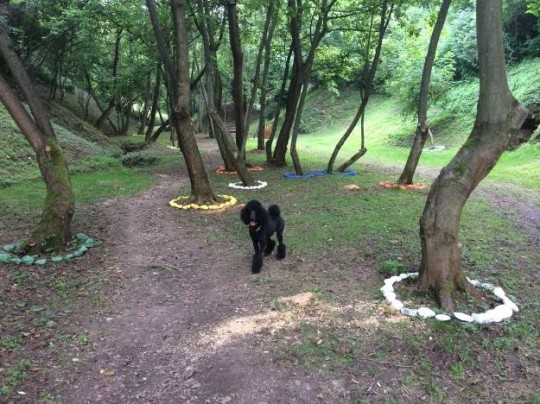 From here I walked through the Portal or Passageway to go onwards through an area with many trees encircled by stones with colors on them. Once more the swirling spinning was felt.

Onwards to the platform of the Yoga. The Crystal Bundle asked to be placed in the Center here whilst the small Tibetan Singing Bowl called to resonate here as well. Also, some toning was coming forward as well. I could see and feel that this was activating even more clearly the vibrations that are present here.

Walking further there was a sign of the Magical Forest. Here was a Labyrinth upon entering as I walked through it a renewal was noticed. A bliss of Joy was felt whilst walking through this open space.

From here I walked back to go on a different path where a small spiral of herbs and wild flowers was present. Here I tasted some Peppermint herbs and rubbed some flowers of the Lavender on my hands to take in the scent of this Sacred Plant.

Also walked through the Happy Lane where stones were engraved with various symbols. This certainly was a resonance of the Unified Oneness or Wholeness we all carry within.

From here I walked back to the coffee shop that sold Smoothies. Needed to Detox that was ready to be released. Once more I saw the couple from Austria with their dog here. We talked some more together and they stated to state their wish to go through the tunnel but were unable to take the dog with them. I offered to stay with the dog until they came out of the tunnel. A rain and thunder occurred that replenished the area. It was fun just sitting there in silence with the grace of the “Sirian” dog.

Than appeared the man, Ernie Zayat, with another lady that we met during the ceremony on top of the Pyramid of the Sun. We had a small conversation together and we decided to meet up at 18:30 hours at the Restoran Most for dinner in the center of Visoko town. I told him that there was a calling to exchange sessions with each other as well and he felt the same.

Our talk and exchange of sessions was very enlightened. I left his apartment at approximately 22:00 hours. Upon returning to the apartment where I stayed the couple was very happy to see me there as they felt that I was lost somewhere and not able to find them.